It Get's Better Bit by Bit | Can't Find What Your Looking For? Search Here:

Ginger has been known since thousand years. It is one of the other members of family Zingiberaceae include turmeric, cardamom, and galangal. The strange thing is ginger doesn’t grow in the wild and its actual origins are uncertain. Ginger used as a flavor a long time ago. Ginger was important exported trade from India to Roman Empire. Ginger became one of highly sought commodity in Europe.

The value of ginger was precious and has an equivalent price to the sheep. Indians and Chinese are believed to have produced ginger as a tonic root for over 5000 years to treat many ailments. By some time, ginger then used for sweet consume. Those show that ginger has been known for centuries and has many purposes. It’s time to see more than just an ingredient but as a powerful remedy.

How to use a ginger for treatment? 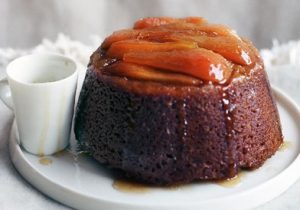 Ginger now used in anyways. But commonly used in dishes, especially in Asian cuisines. It can be one of ingredient to make gingery dessert. In some places, ginger is usually made for ginger biscotti and pumpkin gingerbread pudding. Gingerbread has been known since Queen Elizabeth I era. In some place as in Indonesia, ginger usually uses in some beverage. Wedang jahe is one of Javanese beverage which uses ginger as the main component of the dessert.

2. Combine with any drink

More, ginger is also enjoyed with other beverages such as tea and milk. Ginger which is mixed with tea and milk gives some benefits for health. Ginger can warm our body.

Also, ginger usually uses as fragrant for some food, such as rice. Its spicy give different fragrant in rice.

What is fermented ginger beer? 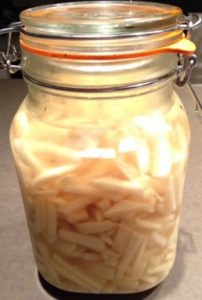 However, today, ginger is not only enjoyed by its fresh or powder form. There is another way to enjoy health benefits from the ginger. Beside it can be made for dessert, fragrance, and beverage, ginger now can be enjoyed by fermented it. Fermented ginger then makes it become fermented ginger beer.

Fermented ginger beer is a carbonated, sweetened beverage made from ginger. This beverage is produced in two versions, alcoholic ginger beer or a carbonated soft drink with ginger and sweetened with sugar. Both of this fermented beverage has known for centuries. It may have originated in England in the eighteenth century.

This fermented ginger beer also has some benefits for health. It can reduce pain and act as anti-inflammatory agent. Although it is a beer beverage, it can ease the pain by gingerol compound of ginger. It plays a role as traditional herb beverage.

Ginger beer also treats flu. As an agent of anti-inflammatory, it develops immunity. It against chemical messenger that contain in our body, one of them is the cause of flu.

This beverage also helps for stomach diseases. Many spices and herbs are good for reducing upset stomachs, and ginger is no exception. Fermented ginger beer can re-build our stomach condition and it can help with nausea and vomiting.

However, this beverage has some side effects if consuming continuously. Alcohol makes people become addicted. Also, ginger is known having effect as aspirin. It may cause the blood to slow and may cause blood thinning. It can cause drastically lower blood sugar.

Consuming ginger beer continuously can improve heart diseases. Overdoses of ginger might affect heart palpitation. It’s been known through scientific studies that ginger is a key to carbonated ginger ale. Drink ginger in this way may trigger an arrhythmia if consumed in high doses

How to make a fermented ginger beer?

To make ginger beer at home, it is a simple way. What we need to prepare is ginger, sugar, lemon juice and flittered water. It does not need many properties to make ginger beer. It is just simple ingredients to make it.

First of all, fill the jar with one cup of room temperature water and two teaspoons of sugar. Then, stir it and add two teaspoons of gingers. Next, cover up the jar with cheesecloth or towel and tie it with tape. Then let it for 24 hours. Stir in 2 teaspoons each of the ginger and sugar and let for another 24 hours. Do the same thing for three days. Bubbles should begin to form after the second day.

When the ginger bug starter (ginger beer plant) is foamed, make the decoction by bringing two quarts of water with two tablespoons of grated ginger than boil them for 15 minutes. Strain the ginger into a jar or crock. Put the sugar to the liquid, and add the remaining cold water then check the temperature. When we touch the jar is no longer warm, strain and add the ginger beer plant. Add a lemon juice and cheesecloth over the jar.

It is alcoholic beverage because it fermented. It can be addicted if consuming daily. Better for you to consume it as dosage suggest.

Let it be fermented for about three days. Allow the sealed bottles to ferment with temperature for 12-36 hours. Also, check the carbonation periodically by gently squeezing the plastic that covers the bottle. The process is complete when it no longer needs gently squeezed. Once carbonated, place the bottle in the refrigerator and drink after three weeks.